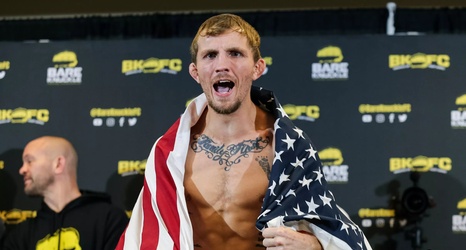 After failing to win over the judges the last time he fought Artem Lobov, Jason Knight made sure to take it out of their hands.

“Mississippi Mean” picked up a fifth-round knockout of Lobov in the lightweight main event of Bare Knuckle Fighting Championship 9 at Mississippi Coast Coliseum in Biloxi, Miss., on Saturday to avenge a decision loss from their first meeting this past April. The end came when Knight landed a clean left that appeared to injure Lobov’s eye, prompting the referee to wave off the bout.

Knight got the better of Lobov in the first two rounds, using smart counter-striking and a long jab to keep Lobov at bay.