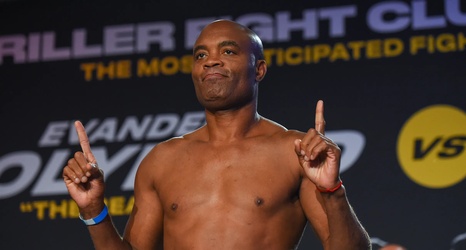 Anderson Silva is truly one of a kind.

At 46-years-old and seemingly on the brink of retirement, ‘The Spider’ flipped the combat sports world on its head when he beat Julio Cesar Chavez Jr. in his first boxing match in over 23 years this past June.

Silva followed up with a highlight-reel knockout of Tito Ortiz in the Triller Fight Club co-main event on Saturday, faceplanting ‘The Huntington Beach Bad Boy’ in the first round after landing a trio of hooks that sent Ortiz crashing face-first to the canvas.

Fellow UFC Hall-of-Famer Michael Bisping says Silva’s late resurgence in boxing proves that he is ‘a modern-day Bruce Lee’ and one of ‘the greatest martial artists that the human race has ever seen.