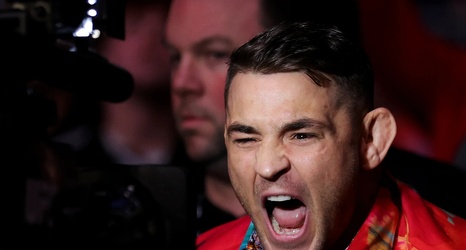 It seems as if we are heading towards another high-profile match-up of former American Top Team teammates, with Dustin Poirier apparently ccepting a fight with Colby Covington in the UFC’s welterweight division.

If this goes through, it would be Poirier’s first pro fight at 170 lbs. ‘The Diamond’ is 7-2 (1 NC) in his last ten fights, all of which happened at lightweight. His only losses during that span were in UFC title fights, first to Khabib Nurmagomedov and then—in his most recent fight—to Charles Oliveira.

Poirier’s wins over the last few years include a pair of TKOs over bitter rival Conor McGregor and impressive wins over Max Holloway, Eddie Alvarez and Justin Gaethje.