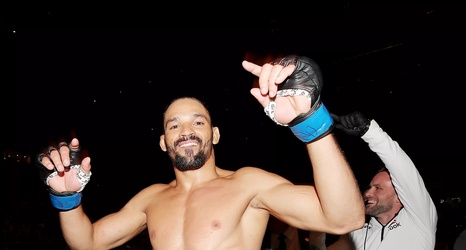 Benson Henderson will get to fight in his home state next month.

Bellator MMA announced late last week that their October 16th event in Phoenix, Arizona will include a lightweight main card matchup between former WEC and UFC lightweight champion Benson Henderson and former Bellator lightweight king Brent Primus. Henderson lives in Arizona and has trained for years at the MMA Lab in Glendale.

Henderson (28-10) has lost two straight fights, including a first-round KO in what was the final Bellator appearance of Michael Chandler’s career. The 37-year-old moved back up to welterweight to take on Jason Jackson last November and lost a unanimous decision.