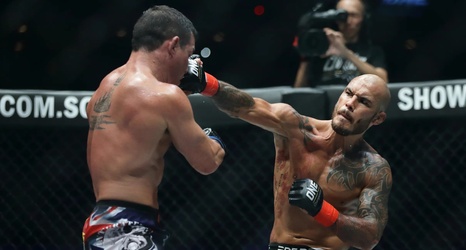 Bellator has shortened its roster by nine after these recent fighter releases that included former staples Roger Huerta and Brandon Girtz.

Officials from the promotion informed Nolan King of MMA Junkie of these releases on Monday evening.

Here is a look at the fighters that are no longer under contract with Bellator:

Huerta made his return to the promotion more than eight years removed from his first stint. Huerta went on to lose to Benson Henderson, Patricky Freire and Sidney Outlaw before his most recent loss to Chris Gonzalez at Bellator 255 in April.