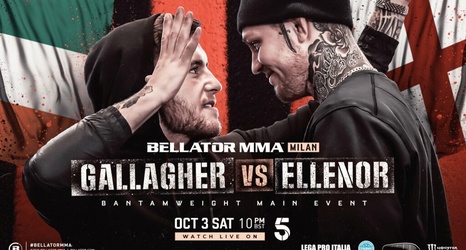 In the second Bellator show of the week, the standout promotion returns with Bellator Milan 2. Still getting used to pre-COVID times, Bellator returned last week for Bellator Milan, with the show having large success. Coming to you from the Allianz Cloud arena, in Italy, this card has a large Irish presence. We take a look at the Irish fighters taking part in Bellator Milan.

The headline fight of Bellator Milan sees Irish star, James Gallagher take on Sunderland’s own, Cal Ellanor. The three-round bantamweight bout is scheduled for the fourth time, having been cancelled three times previously.