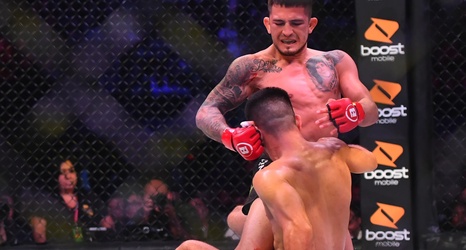 If there are questions about who the ‘real’ bantamweight champion is, then Sergio Pettis hopes to answer them at Bellator 272.

Pettis is set to defend the title for the first time since dethroning Juan Archuleta at Bellator 258 this past May. He meets Kyoji Horiguchi, the current RIZIN FF bantamweight champion and former Bellator bantamweight champion. Horiguchi won the title over two years ago against Darrion Caldwell at Bellator 222 but could not defend it. Shortly after the fight with Caldwell, he suffered a knee injury and required surgery that would keep him out of action for a year, so he decided to relinquish the belt.