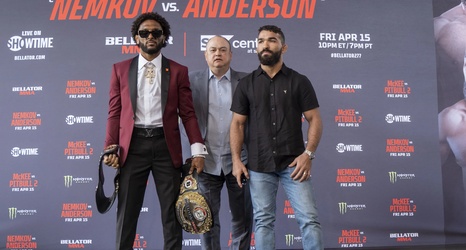 It’s a rare week where Bellator has stolen a bit of the spotlight from the UFC in terms of event star power. The Showtime based promotion was out in San Jose, CA, this past Friday, April 15th, with a pair of title fights. In the main event, lost his featherweight title to multiple-time former champion Patricio Pitbull, in a rematch of their 2022 contest. While Corey Anderson ended up with a no contest against Vadim Nemkov in what was supposed to be the final leg of the promotion’s light heavyweight Grand Prix.

That Anderson/Nemkov result has to sting especially badly for both men involved, not just for the lack of a win, but the Grand Prix finalist was set to recieve a $1 million bonus for their efforts.