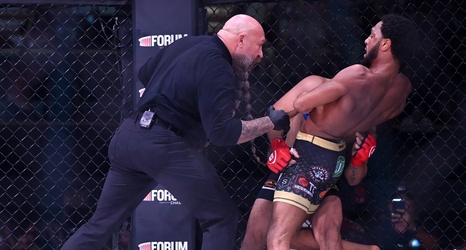 Bellator 277 is kicking off tonight from the SAP Center in San Jose, California. The top of the billing will feature a featherweight title rematch between the champion, A.J. McKee, and the man he took the belt from, Patricio “Pitbull” Freire. The co-main event of the night will be the finals for Bellator’s Light Heavyweight Grand Prix, and will see the 205-pound champ, Vadim Nemkov, throw down with a streaking Corey Anderson. Before these fuego fights get underway, let’s go take a look at the betting odds!

McKee is substantially favored over Pitbull here, which is a far cry from the pick’em line that was available in their initial matchup.