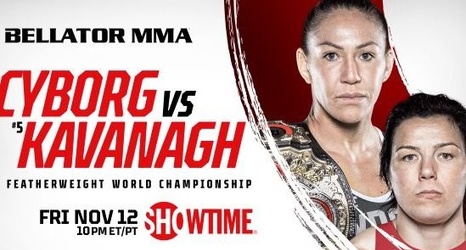 What made Strikeforce special was its women’s divisions and the way Scott Coker was able to promote them. His star from the Strikeforce days, Cris Cyborg, has pivoted over to Bellator with him, and headlines Bellator 271 this Friday in defense of her featherweight title against Sinead Kavanagh.

Since joining Bellator, Cyborg has been 3-0 with three finishes since coming over to the promotion and won the women’s featherweight belt in her first fight against Julia Budd. She steamrolled her way through that matchup, then stopped Arlene Blencowe at Bellator 249, and battered Leslie Smith all the way to a fifth-round stoppage at Bellator 259.