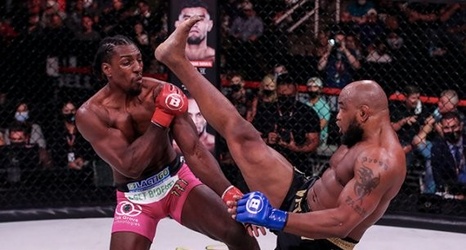 Romero earned a disclosed $150,000 salary for his split-decision loss to Phil Davis in the Bellator 266 headliner at the SAP Center in San Jose. Davis, meanwhile, took home $100,000 for his victory in the light heavyweight bout. The California State Athletic Commission recently released salary figures from the event.

Neiman Gracie was the only other six-figure earner from the card, as he garnered $100,000 for a first-round technical knockout of Mark Lemminger ($40,000) in a featured welterweight affair.