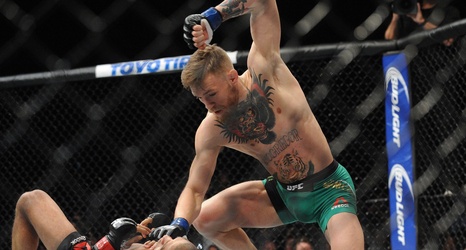 Bellator is where it’s at this weekend, with the promotion marking the end of its featherweight grand prix with a finals match-up that pits champion Patricio Freire against A.J. McKee. The winner walks away with the belt and a cool million in prize money.

Featherweight and lightweight champion Pitbull booked his spot in the final by choking out Emmanuel Sanchez, before that he KO’d Pedro Carvalho and took a unanimous decision over Juan Archuleta.

McKee earned his spot after a sensational submission of Darrion Caldwell. Prior to that he submitted Derek Campos and scored an eight-second TKO of Georgi Karakhanyan.