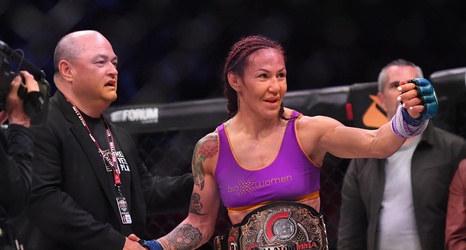 Cris Cyborg used nearly every second of her second title defense to put away a super tough Leslie Smith to cap off Bellator 259.

The featherweight championship main event served as a rematch almost five years to the day from their first meeting in Cyborg’s UFC debut, where she stopped Smith via strikes in just over a minute at UFC 198 at a catchweight of 140 pounds.

It was a much different battle the second time around, with Smith showing an incredible amount of heart to survive a slew of tough spots.