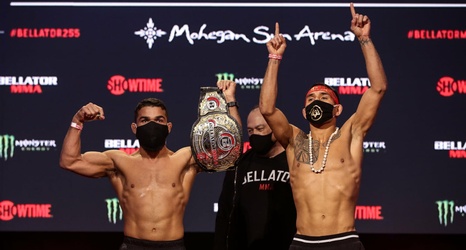 Bellator finally makes its 2021 debut tonight with Bellator 255, and MMA Sucka has fight fans covered with Bellator 255 results. The organization returns to new networks and an increased level of intrigue. The event is headlined by a featherweight title rematch and the second Featherweight Grand Prix semifinal between champion and Bellator staple Patricio Freire and “El Matador” Emmanuel Sanchez. The winner of this fight will not only win the belt, but will face top Bellator prospect AJ McKee in the finals of the tournament for a shot at $1 million.