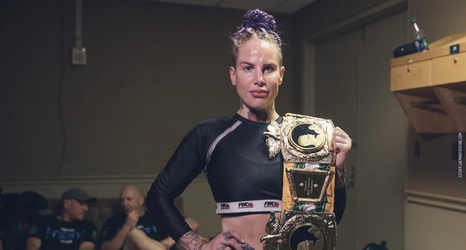 The “Queen of Bare Knuckle,” who previously claimed a title in her debut bout back in 2018, has signed a new deal to return to the promotion.

BKFC officials announced the news on Thursday along with further confirmation from Rawlings’ manager Brian Butler from Suckerpunch Entertainment when speaking to MMA Fighting.

During her previous stint with BKFC, Rawlings went a perfect 3-0 including wins over Alma Garcia, Cecilia Flores and Britain Hart. It was after her last bout and the second defense of her title that Rawlings decided to make a return to mixed martial arts where she signed with Bellator MMA.