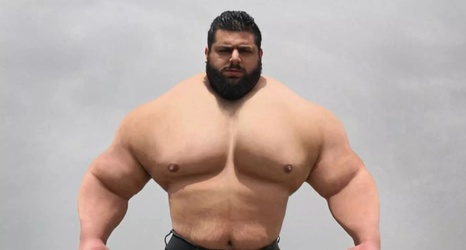 It’s a good thing there are no gloves in the Bare Knuckle Fighting Championship, because there probably isn’t a pair that could fit the boxing promotion’s latest acquisition.

At the end of the BKFC 9 preliminary broadcast on Saturday, a promo ran at the end announcing the upcoming debut of Sajad Gharibi, better known as “Iranian Hulk.”

A bodybuilder who hails from Ahwaz, Iran, Gharibi’s absurd physique has made him a social media sensation. He’s also repeatedly expressed his interest in getting into professional combat sports. Last year, the 27-year-old was mentioned as a possible opponent for Polish bodybuilder Martyn Ford.