Azamat Murzakanov Set for Octagon Debut vs. Philipe Lins at UFC on ESPN 31 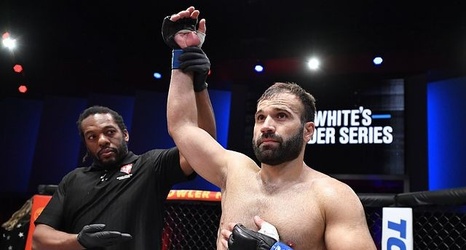 Azamat Murzakanov will make his promotional debut against Philipe Lins in a light heavyweight bout at UFC on ESPN 31.

VestnikMMA first brought word of the matchup. UFC on ESPN 31 takes place at the UFC Apex in Las Vegas on Dec. 4 and is headlined by a bantamweight tilt between Jose Aldo and Rob Font.

Murzakanov is coming off a contract-winning appearance on Dana White’s Contender Series, when he defeated Matheus Scheffel via first-round TKO on Aug. 31. The 35-year-old Russian is 10-0 is a professional, with notable wins over the likes of Guto Inocente and Andre Muniz.