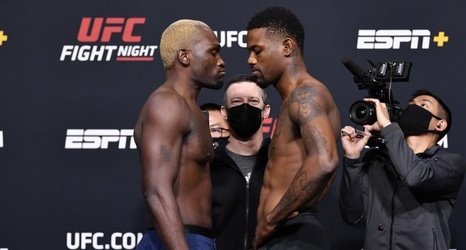 The 28-year-old’s five victories tied Neil Magny (2014) and Roger Huerta (2007) for the most UFC wins in a calendar year. And if it were up to Holland, he would have liked the opportunity to fight more than he was able to.

But when you go 5-0 in a year and you are as entertaining as Holland is, it’s only a matter of time before big fights start happening and it becomes a little more difficult to be as active as he prefers to be.

The truth is that Holland just simply loves fighting. He loves talking smack and he loves to lay “the smack down” on his opponents.