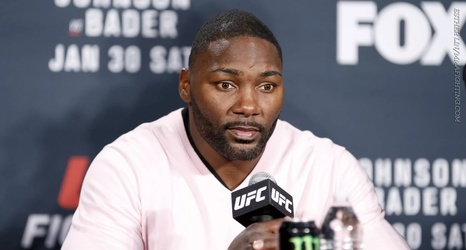 It was an eventful Tuesday for former UFC fighter Anthony “Rumble” Johnson as news of a potential comeback and the resolution of a recent legal case surfaced.

Johnson’s manager Ali Abdelaziz told ESPN that Johnson, a two-time world title challenger at 205 pounds who also competed at middleweight and welterweight, is planning a UFC comeback at heavyweight next year. The 35-year-old has not competed since UFC 210 on April 8, 2017, when he lost via second-round rear-naked choke to Daniel Cormier in a light heavyweight championship match.

Per ESPN’s report, which MMA Fighting confirmed with Abdelaziz on Tuesday evening, Johnson (22-6) has already taken steps to re-enter the UFC’s mandatory drug-testing program and are aiming for Johnson to be eligible to compete by March 2020 (retired athletes are required to undergo six months of testing before competing again).