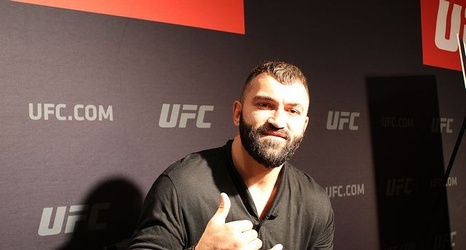 A heavyweight matchup pitting Andrei Arlovski against Tanner Boser is in the works for an Ultimate Fighting Championship event on Oct. 3.

Multiple outlets confirmed the booking following an initial report from TSN. A location for the event has not been announced, but it will be headlined by a rescheduled tilt between Holly Holm and Irene Aldana. The card is also expected to include a women’s bantamweight showdown between Germaine de Randamie and Julianna Pena.