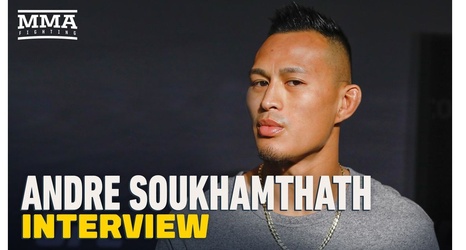 Andre Soukhamthath is more than ready to face fellow a fellow UFC veteran in a headline spot this weekend.

Soukhamthath fights Jose Quinonez in the main event of XFC 44 this Friday night. The card takes place at Wells Fargo Arena in Des Moines, Iowa and will air on Fox Sports 2.

“The Asian Sensation” was successful in his first fight after parting ways with the UFC. In November, the 32-year-old Soukhamthath defeated Guilherme Faria in the main event of XFC 43, snapping a two-fight skid in the process.

Quinonez makes his first appearance since his tenure with the UFC came to an end following back-to-back stoppage losses to Sean O’Malley and Louis Smolka.