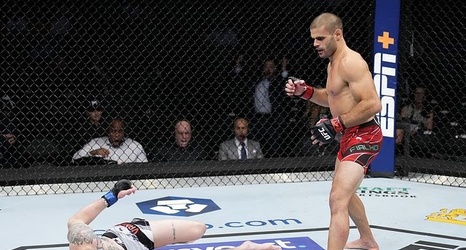 Andre Fialho continues to be the most active fighter on the UFC roster in 2022, as he will lock horns with Jake Matthews at UFC 275 on June 11.

Fialho will fight for the third time in three months and the fourth time overall this year when he squares off against Matthews.