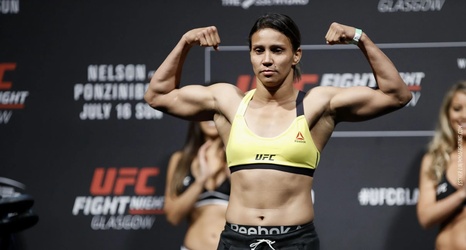 Amanda Lemos is back in action after making short work of ex-Invicta FC champion Livinha Souza in the biggest fight of her career in March, and she vows to keep finishing strawweights until she gets her wish to challenge a top-ranked foe.

Booked against Montserrat Conejo in the preliminary portion of UFC Vegas 31 this Saturday night at UFC APEX, Lemos says she’s “always trying to end the fight quickly, knockout or submission,” and Conejo just happens to be next in her list.

“I’ve asked for a ranked opponent but they didn’t give me one,” Lemos told MMA Fighting.