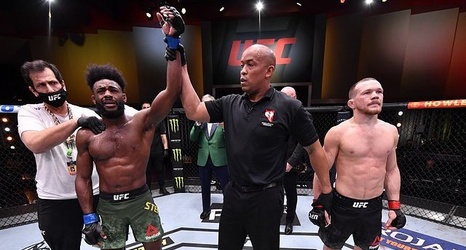 Aljamain Sterling will have neck surgery this week to repair on issue that has plagued him for approximately 10 years.

The UFC bantamweight champion told ESPN that he has been diagnosed with a herniated disc and that doctors will operate on his C6-C7 vertebrae on Thursday. Sterling hopes to return from the procedure to defend the belt in a rematch with Petr Yan later this year.

"They told me I will heal in three months, and can start doing cardio to get myself ready," Sterling said. "They wouldn't want to see me take a fight until they see everything has fused in my neck correctly.