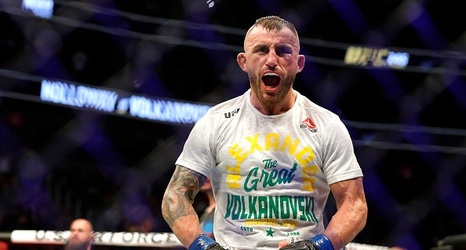 He’s personable. He’s successful. He’s no less a figure than the current UFC Featherweight Champion. So why does Alexander Volkanovski get so little recognition? Why has his upset win over the dominant Max Holloway at UFC 246 somehow gone under the radar for so many fans? This is especially noticeable given the fact that Volkanovski previously defeated two other legends of the division in turn. So why the relative lack of attention?Here’s a closer look at how Alexander Volkanovski got to this point.

Chad Mendes was once the greatest UFC featherweight to never hold the belt, starting with his incredible wrestling and explosiveness and adding slick, sophisticated striking.