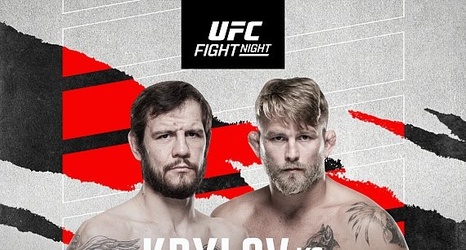 After a brief foray at heavyweight, Alexander Gustafsson will return to 205 pounds for a matchup against Nikita Krylov at UFC London on July 23.

The Las Vegas-based promotion officially announced the pairing on Wednesday. UFC Fight Night takes place at the O2 Arena in London and is headlined by a heavyweight duel between Curtis Blaydes and Tom Aspinall.