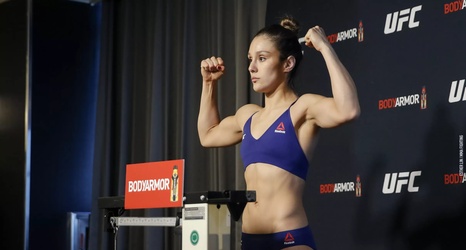 For the second time in her young career, Alexa Grasso missed weight. It wasn’t close this time and it cost her.

Grasso weighed in at 121.5 pounds at Friday’s official weigh-ins for UFC 246, 5.5 pounds over the limit (including a one-pound allowance) for her strawweight bout opposite Claudia Gadelha, which has now been canceled. The two were set to compete on the main card this Saturday at T-Mobile Arena in Las Vegas.

Per the Nevada State Athletic Commission commission, flyweight combatants are only allowed a three-pound differential between them. Gadelha successfully weighed in at 115.