After struggling to book a fight, Ryan Hall pulls out of UFC fight with Dan Ige 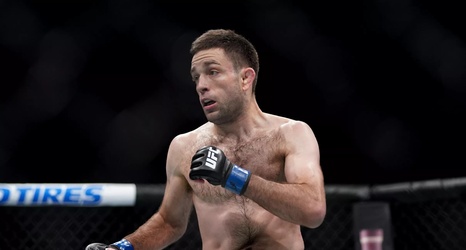 An injury has forced Ryan Hall out of his scheduled fight with Dan Ige at UFC Vegas 21.

Cole Shelton of BJPenn.com first reported the news, stating that an unspecified injury Hall suffered in training is the reason for his withdrawal. The report also states the UFC will seek a replacement to face Ige on the March 13th card.

Hall has previously discussed his struggle to find an opponent at 145-pounds, but he finally found his match when a fight against Ige was booked last month. Unfortunately “The Wizard,” who hasn’t fought since a decision win against Darren Elkins in July 2019, will have to wait even longer to step foot in the octagon,