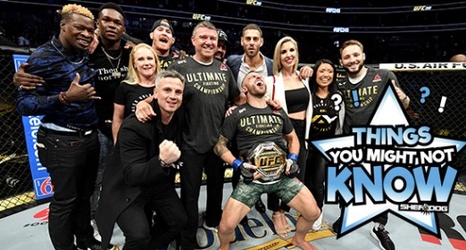 Sign up for ESPN+ right here, and you can then stream UFC on ESPN+ live on your computer, phone, tablet or streaming device via the ESPN app.

When Alexander Volkanovski arrived in the Ultimate Fighting Championship in 2016, few hailed him as a future contender. His rise to power was equal parts steady and stunning.

Volkanovski entered the organization on a 10-fight winning streak, rattled off seven more victories inside the Octagon and then captured the undisputed featherweight championship with a five-round unanimous verdict over Max Holloway in the UFC 245 co-main event on Dec.