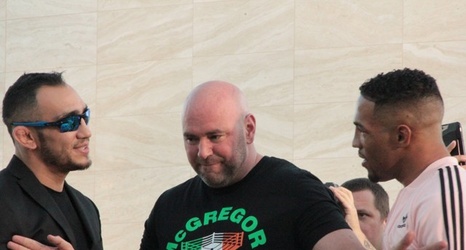 Unbeaten since 2012, “El Cucuy” finds himself on a 12-fight winning streak that has him well-established as the clear-cut No. 1 contender for reigning UFC lightweight champion Khabib Nurmagomedov. A bout between the two men has been booked and canceled five times—some have begun to wonder if it will ever happen—for various reasons, the latest being the ongoing coronavirus pandemic. Ferguson, 36, last appeared at UFC 238 on June 8, when he forced a doctor stoppage against Donald Cerrone in between the second and third rounds.