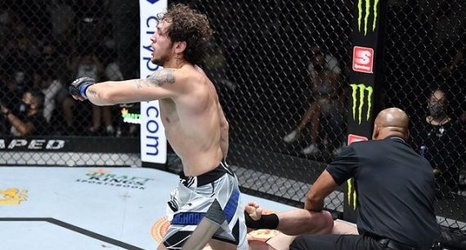 What a speech by Chris Barnett for his opponent Gian Villante #UFC268 pic.twitter.com/wvTtzChIOP

Gian Villante has announced his retirement from mixed martial arts following a 31-bout professional career that began in 2009.

Villante’s final appearance will end up on highlight reels, as he was dropped by a spinning wheel kick from Chris Barnett and finished with follow-up ground strikes 2:23 into the opening round of their heavyweight bout at UFC 268 on Saturday night at Madison Square Garden in New York.