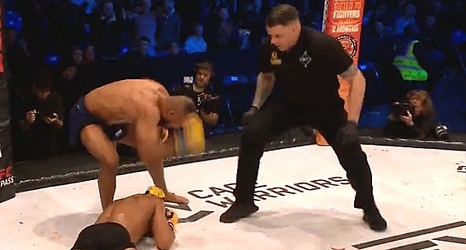 Cage Warriors Fighting Championship put on a serious Event of the Year candidate for its latest card at BEC Arena in Manchester, England, concluding with all 13 bouts ending before the final horn.

The main attraction at CW 136 was a middleweight championship affair between defending titleholder Djati Melan and Christian Leroy Duncan. Things appeared to be going the champion’s way as Melan (8-1, 2-1 CW) secured an excellent takedown early in the first frame and kept the challenger on the ground for almost the whole round before Duncan made his way up on the feet.