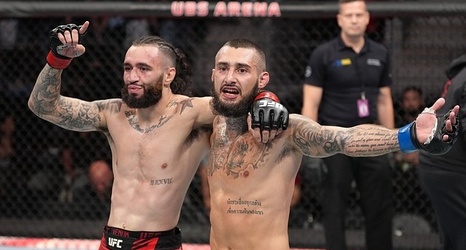 The 11-time UFC veteran announced Monday on "The MMA Hour” that he has parted ways with the Las Vegas-based promotion to sign a contract with the PFL. Burgos completed his deal with a majority decision triumph over Charles Jourdain at UFC on ABC 3 on July 16.

“That was the last fight of my deal,” Burgos said. “I said after the fight that I wanted to test free agency, test the waters. I know what I am worth, I wanted to see what everyone else thought I was worth.