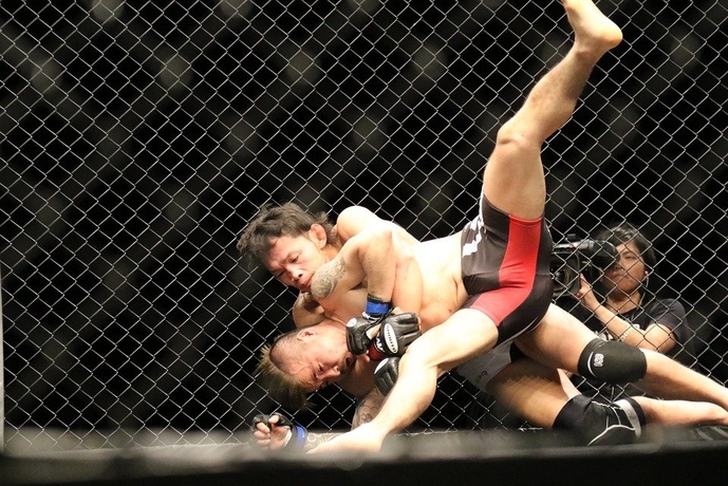 Unlike other sports, professional mixed martial arts promotions are yet to place technological advancements at the forefront of their operations. In terms of fighting style, the past few decades have seen MMA come on leaps and bounds. Now, fighters are more well-rounded and athletic, meaning that they can rely on various elements of their diverse skill sets. However, for a sport that’s developing so significantly regarding marketability and in-cage performances, controversy still surrounds fight-related decision-making processes.

Although some suggest that overhauling the current points system would minimize the prospect of bad judgements, that’s not guaranteed. Instead, the focus should be on assisting cage-side judges with their jobs. Real-time technology, for example, has revolutionized online MMA betting, and there’s nothing to say that it wouldn’t do the same if integrated for the benefit of more educated judgements. As such, let’s consider why it's time for MMA to embrace technology.

Officials Should be Able to Call on Technology
Globally, many of the most popular sports are turning to technology in their efforts to grow and produce more consumer-friendly entertainment. Along with tennis’ use of HawkEye, football now has VAR (video assistant referee), while cricket features DRS (decision review system). Although these aren’t concepts that MMA could directly incorporate, it does illustrate the tech-driven direction that top-level sports are going in.

Currently, the Ultimate Fighting Championship - the leading MMA promotion - doesn’t use technology to assist its judges. For years, the company’s president, Dana White, has criticized judgements, and in some cases, he has been right to do so. However, as time progresses and he continues to do so, it poses a recurring question; why doesn’t he push for added assistance in the form of video technology?

Currently, the MMA sports betting markets at Royal Panda are a testament to how advancements can push the sport forwards. Along with the operators’ digital guides to the latest UFC events, they also offer odds on upcoming bouts, including Kamaru Usman’s welterweight title defense against Gilbert Burns on February 14th. Together, both featured odds and written tips combine to ensure that bettors have the necessary tools and knowledge to make an educated wager. If enhancing sports betting is achievable through modern-day advancements, then there’s undoubtedly scope for judging to reap the rewards of using tech-orientated assistance, such as desk monitors and accessible replays.

The Fastest-Growing Sport Needs to Lead by Example, Not Welcome Controversy
In 2017, MMA established itself as the world’s fastest-growing sport. Furthermore, as per a Forbes report from 2018, it’s now the third-most-popular sport worldwide, with an audience base of 451 million people. As it's now a leading player in entertainment, reducing controversial decisions, such as the one that denied Max Holloway avenging his title loss to Alexander Volkanovski at UFC 251, is a must.

Interestingly, Luke Thomas, a combat sports analyst, suggested that those who suffered a split-decision title loss should have the option to appeal to the commission, who would then review the fight with technological assistance. Theoretically, this could perhaps be the perfect solution to MMA’s ongoing judgement issues.

Although such a system would impact the euphoria of real-time victory among winning fighters and supporters, it would be a small price to pay for the correct judgements. Within the 21st century, MMA promoters have a responsibility to competitors to ensure accuracy across every decision. Of course, that’s easier said than done, but they should at least attempt to improve their current flawed systems.

Technology Holds the Key to a Less Controversial Future
Ultimately, MMA fans are reaping the rewards of sports betting platforms adopting a tech-centred approach to informing and advising. Because of that, MMA promotions should seek to follow in their footsteps and assist cage-side judges. Fixing MMA’s shortcomings isn’t an impossible task, but it does require a brave step towards a technological future.