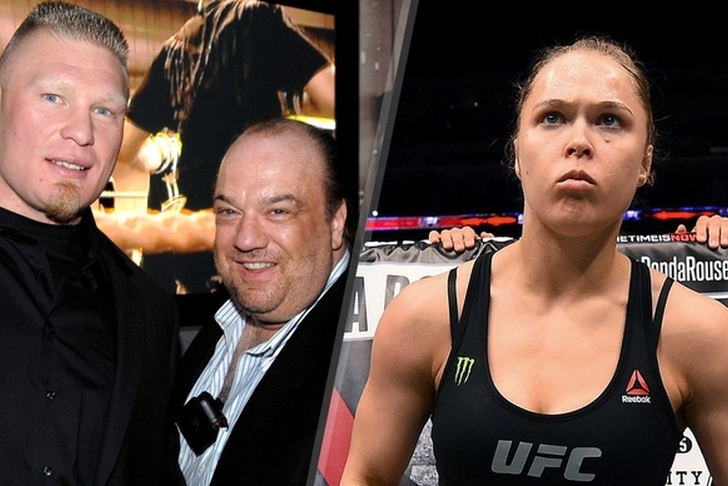 Earlier this week, UFC fighter Ronda Rousey had a candid sit-down interview on the Ellen DeGeneres Show, telling Ellen that she had contemplated suicide following losing her bantamweight title belt to Holly Holm at UFC 193.

Former UFC heavyweight champion and current WWE superstar Brock Lesnar was asked for his take on Rousey's statements Wednesday on ESPN SportsCenter, and he provided a couple of nuggets of advice from his time in the octagon:

"I’m a big fan of Ronda’s and have been since the beginning. One thing that I learned and she should have learned a long time ago was that you have to learn how to lose before you can actually win.

"That was one thing my coach taught me at a very young age because I was a bad loser whenever I’d get beat. You’ve got to be able to get back on the horse, and this life is very precious and very short. One fight isn’t going to make or break her career. She’s just got to get back on the horse again and figure it out and she will."

Lesnar lost his second professional MMA fight to former UFC champion Frank Mir, but was able to beat Mir in decisive fashion in the rematch. However, Lesnar zeroed in on his training to ensure that things we be different against Mir.

He worries that Rousey could face an uphill climb doing the same with her movie career taking up part of her time:

"I think she’s got a lot on her plate. You can’t be a fighter and be in 10 movies a year. She’s going to have to step back and find out what Ronda wants to do moving forward."

Rousey was originally expected to slot in for a rematch with Holm at UFC 200, but that's looking less likely with a litany of extracurricular commitments on her docket.