Will Messi Join The MLS In The January Transfer Window? 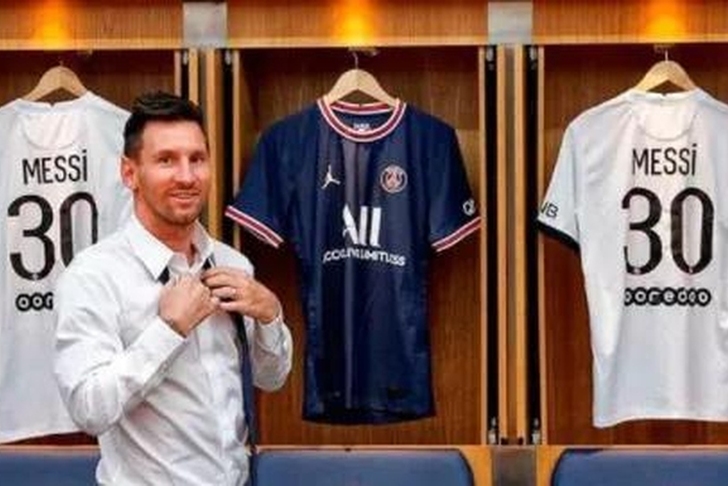 Football ace Lionel Messi has hinted that he may play in the United States at some point. As recently as last year, it seemed as though Messi would be at Barcelona for the rest of his illustrious career. However, Barcelona was in a complete mess financially, and even with Messi's offering to take a 50% pay cut, the club could not afford to keep their prized asset.

Since then, Messi has signed a deal with Paris Saint-Germain that will expire in the summer of 2023. After that, it's anyone's guess if the 34-year-old will continue at PSG, although he has suggested that the United States may be his final destination.

At the start of the campaign, Messi was the favorite with Tnbets.com to be the league's top scorer, but things have not panned out as expected. So far this season, just one goal has been scored in 11 league outings for Messi at Paris St. Germain. In the Champions League, though, he has scored five goals in five games and will be hoping to help Paris Saint-Germain win several trophies this season.

In terms of MLS teams, Inter Miami are the frontrunners to get Lionel Messi, with owner David Beckham a massive fan. It would be the greatest MLS transfer since the likes of Beckham and Zlatan Ibrahimovic came to the league.

Gonzalo Higuain, a close friend of Messi's, joined Inter Miami on a free transfer from Juventus alongside French player Blaise Matuidi last summer. Beckham's side attempted to build on their success in their first season in the MLS, which saw them finish second in the Eastern Conference.

At 25/1, New York City is the second-best bet to get Lionel Messi from any MLS team. Messi's old Barcelona teammate David Villa joined the Blues in 2014, as did Frank Lampard and Andrea Pirlo, all of whom were in the later stages of their careers at the time of their arrival.

They have won the MLS Cup five times, which makes the LA Galaxy the largest American team. They will be eager to try to secure the signature of Messi to maintain their position as the leaders of the league after missing out on the playoffs last season.

Since signing David Beckham in 2007, along with Zlatan Ibrahimovic in 2018, the LA Galaxy has had a history of bringing in high-profile players to the United States. Among their current players are Javier Hernandez and Jonathan Do Santos, a former Barcelona colleague of Messi's. They had a disaster last season after finishing 20th, so they will be desperate to land a big-name signing to appease fans.

Before signing for Paris Saint-Germain, there had been speculation that he might join Manchester City. That never happened, which was sad for EPL fans as having both Ronaldo and Messi playing in the same league again would have been a mouth-watering prospect.

But Messi looks to be tempted by the MLS option, and the prospect of reuniting with Suárez may make it even more appealing. As of 2022, Atlético Madrid's contract with Luis Suarez is set to end. Would Inter Miami put up a package for both players to re-establish their cooperation in the United States?