Washington Spirit: A year to remember for Aubrey Bledsoe 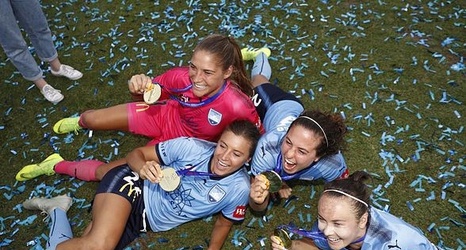 February 16, 2019. The final whistle blew at Netsrata Jubilee Stadium in Carlton, Australia to give Aubrey Bledsoe and Sydney FC their third W-League Championship with a 4-2 victory over Perth Glory to start what would become a historic 2019 for the Washington Spirit goalkeeper.

Running from mid-November to mid-February, the Australian W-League gives NWSL players an opportunity to prepare for league play in the states. Several players from the NWSL spend their offseason in Australia with the likes of Sam Kerr, Ellie Carpenter, and Alana Kennedy playing in their home country while the NWSL is in offseason.