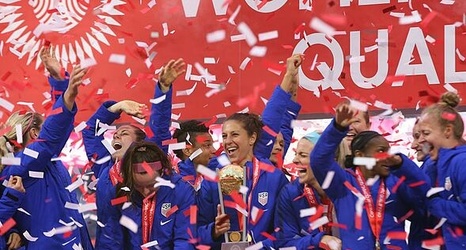 The U.S. Women’s National Team has their eyes set on Tokyo, Japan for this summer’s 2020 Olympics where they will try to become the first team to follow their World Cup trophy with Olympic gold.

Before they could make plans of winning a medal, however, they first had to qualify for the Olympics through CONCACAF qualifying where they played five matches and outscored their opponents a combined 25-0. Vlatko Andonovski’s first competitive tournament as USWNT manager could not have gone any better and he now looks to put his name in history this summer.

Here are three things we learned from the USWNT’s serene qualification.