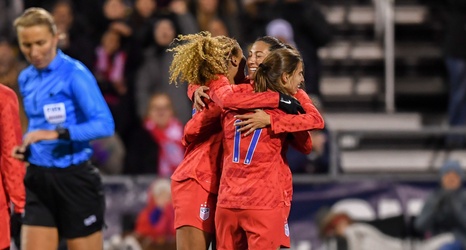 Just one year after winning the World Cup, the United States Women’s National Team will look to capture the next major competition in women’s soccer. The 2020 Olympic Games offers the opportunity for the USWNT to win back-to-back major titles. It won’t be an easy task as the world’s best teams will stand in the way.

Before then, however, the USWNT will get the chance to face off against some of their direct rivals for the Olympic crown, including hosts Japan.

The 2020 SheBelieves Cup lineup was announced this week. Four countries, including the USWNT, will vie for the top spot in the annual March competition.