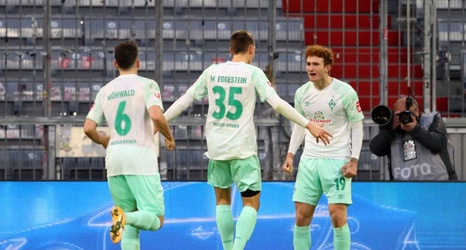 One of the United States Men’s National Team’s most promising strikers registered an assist against reigning UEFA Champions League winners Bayern Munich. Josh Sargent set up Maximilian Eggestein to score Werder Bremen’s lone goal of the match in the 1-1 draw with Bayern. It was the American striker’s second assist of the 2020/21 season. Sargent was also able to record three shots in the match, two of which were saved by Manuel Neuer.