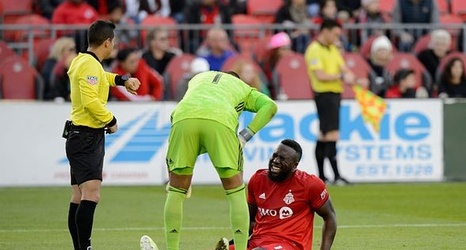 Toronto FC host D.C. United in the first round of the MLS Playoffs this Saturday evening. Toronto ended their season on a 10-game unbeaten run, securing home-field advantage in the opening round of the postseason with their 1-0 win over the Columbus Crew on Decision Day.

Meanwhile, D.C. United have proved to be difficult to beat in the latter stages of the regular season as well and head into this Saturday’s game on a five-game unbeaten streak of their own, in which they have kept five clean sheets. United’s season ended on a disappointing note, however, as their failure to find the back of the net against an FC Cincinnati side reduced to nine men in Week 34 cost home-field advantage in this weekend’s match.