Toronto FC Vs Columbus Crew: 3 things to look for – Home-field advantage on the line 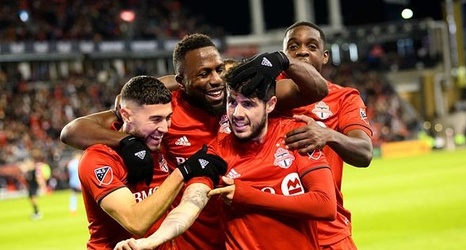 Toronto FC host the Columbus Crew on the last matchday of the MLS regular season on Sunday afternoon. Toronto were outclassed in their last outing and were fortunate to come away with a 2-2 draw in Chicago. Columbus, meanwhile, continued to excel on the break in Week 33, pulling off a surprising 2-0 victory over the Philadelphia Union at MAPFRE Stadium.

Toronto FC are currently sixth in the Eastern Conference on 47 points. Although the Reds have not suffered defeat in their last nine regular-season matches, they have only managed to win three games during their unbeaten run and will need to emerge victorious in order to clinch home-field advantage in the first round of the playoffs.