Seattle Sounders: How do you stop Raul Ruidiaz? 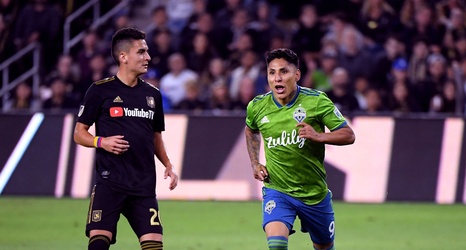 The MLS Cup will be decided between two old foes, Toronto FC and the Seattle Sounders. They have now played three of the last four MLS Cups, each winning one. This year’s MLS Cup, then, is the crucial decider.

Toronto FC and the Sounders only met once in the 2019 regular season. It came on April 13th. Alejandro Pozuelo was making only his third start. Chad Marshall was the leading Seattle defender, while designated player signing Xavier Arreaga had not yet arrived in the Pacific Northwest.

And perhaps most significantly, star Seattle Sounders centre-forward Raul Ruidiaz, who has been integral to their offensive explosion in the latter stages of the regular season and throughout the playoffs, was not playing.