San Jose Earthquakes: Matias Almeyda a man to be excited about 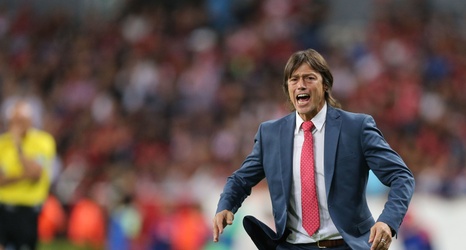 For the San Jose Earthquakes, it has not been a nice ride. Staggeringly, they finished seven points worse off than any other MLS team last season, conceding a horrifying 71 goals, also a Western Conference-leading tally in utter incompetence, and finished 27 points — yes, 27 — off the playoff pace.

And unfortunately, last season’s nightmare is not alone in its reality.

In 2017, they did manage to sneak into the playoffs, but they had a goal difference of -21, a clear indication that they finished far higher than their quality would suggest. In 2016, they finished above only the Houston Dynamo in the Western Conference and had the second-worst goal difference in the league.