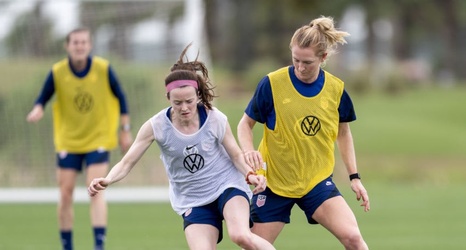 For the first time since they both left for Manchester City in the Women’s Super League, United States Women’s National Team players Rose Lavelle and Sam Mewis both shined in their first matches back in the NWSL.

Both players started for their clubs with Mewis going 71 minutes in a 5-0 North Carolina Courage win over Racing Louisville. Lavelle lasted 61 minutes before being substituted in OL Reign’s 1-0 loss to the Washington Spirit, Lavelle’s former NWSL club.