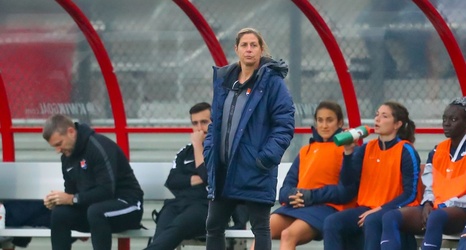 You read that correctly. Denise Reddy, the head coach of Sky Blue FC, still has a job, despite having a horrendous season. Sky Blue FC finished in last place in the National Women’s Soccer League this past year.

In attempts to boost a couple of spirits, Sky Blue FC did win one match: the final home contest against the Orlando Pride on Sept. 8. After that match, Reddy said that the team was “excited” to end the season on a win:

“Before the game, we spoke about putting all of the previous results behind us and just focusing on this opportunity that we had in front of us.