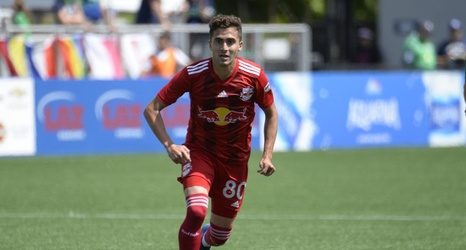 Following a relatively subpar 2019 season, the New York Red Bulls have made it clear that they intend to continue to rely on NYRB II talent that are ready to make the jump to Major League Soccer. This time, it is the turn of Jared Stroud and Chris Lema, who were signed to MLS contracts this week.

After both Stroud and Lema’s second seasons with NYRB II in the USL Championship, it became pretty clear that the pair of 23-year-olds were ready to test their abilities in Major League Soccer. Both midfielders were standouts in the team’s sixth-place finish in the USL Championship Eastern Conference and were rewarded with Team of the Year honors.