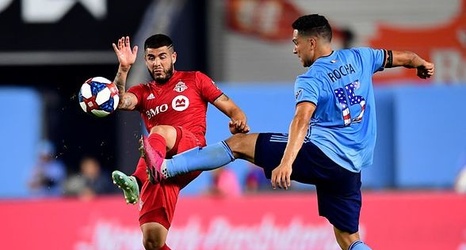 Toronto FC battled from a goal down to take a valuable point away at Eastern Conference leaders New York City FC on Wednesday night. The Canadian side got off to the worst possible start when an Alexandru Mitriu021bu0103 thunderbolt put the hosts 1-0 ahead after just six minutes.

However, Toronto hit back thanks to an Alejandro Pozuelo penalty, although the Spaniard missed a further spot-kick and a number of other good chances as the visitors took control of the game. Still, it was a well-earned point for Greg Vanney’s side, who are now firmly entrenched in the playoff spots.