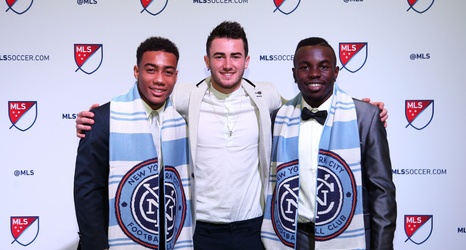 New York City FC entered the Major League Soccer SuperDraft with an already talented and solid squad. For the most part, the team has 12 to 14 players they can rotate between to field an excellent starting XI. Therefore, all they required from the SuperDraft was depth, and the draft is an ideal way to obtain such talent. Specifically, NYCFC needs to add depth at the right-back, left-back, and up-front.

However, despite the need, NYCFC drafted midfielder Jesus Perez in the first round. Out of the University of Illinois-Chicago, where he spent three seasons after transferring from Akron, Perez was named the Horizon League Player of the Year the last two seasons and was also a part of the All-Horizon League First Team.