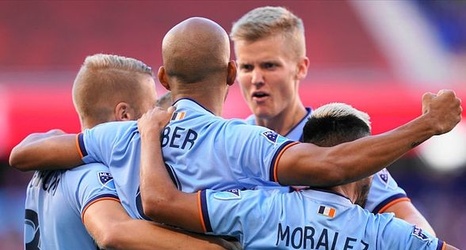 New York City FC achieved their best-ever finish in the 2019 regular season, topping the Eastern Conference by six points. They finished the term with 64 points, and were second behind only Los Angeles FC in the Supporters’ Shield standings.

However, desite being the number one seed going into the postseason, Domenec Torrent’s side lost out in the Conference semi-finals for the fourth consecutive season, losing to the eventual Eastern representatives in MLS Cup, Toronto FC.

New York City FC made the playoffs for the fourth straight year, but who made their best starting XI from the year’s efforts?